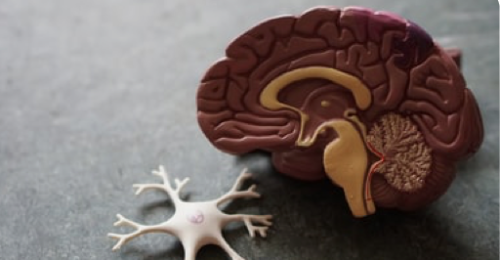 Exercise for Body and Brain Fitness

We all know that exercise is good for the body. But did you know that new scientific evidence also confirms that exercise strengthens the brain? It sure does! In fact, moderate exercise nourishes the brain, improves our ability to learn, boosts mental performance, remodels the brain, and helps prevent the brain from aging. Exercise helps us to enjoy both body and brain fitness.

Scientists used to think the adult brain structure was fixed. They thought that no new cells could be made. And they thought the brain could not be altered in any way after adolescence.

But exercise can change that! Physical activity can boost blood flow all through the body, even to the brain. And this boost of blood flow increases the ability of brain cells to connect with each other. Increased connectivity can occur by simply walking.

And if you exercise more vigorously, like when running, faster reaction times and improved learning will result. Physical activity has been linked to a lower risk of the development of cognitive decline. That’s because it is, in essence, a fertilizer for the brain. Exercise nourishes the brain, and improves attention, memory, and information processing. And exercise can even help reduce the risk of Parkinson’s Disease.

What Does the Literature Say About Exercise and Parkinson’s Disease?

A June 2020 article in Frontiers in Aging Neuroscience reports that “Epidemiological studies of prospectively followed cohorts have shown a lower risk for later developing Parkinson’s Disease in healthy people who report moderate to high levels of physical activity, and slower rates of motor and non-motor symptom progression in people with Parkinson’s Disease who report higher baseline physical activity.”1

As you can see, the literature shows a direct benefit of exercise on the brain. Dementia is the most feared aspect of Parkinson’s Disease. But adults who engage in exercise during midlife, are able to significantly reduce the risks of dementia and cognitive impairment later in life.

The American College of Sports Medicine recommends the following: “Because Parkinson’s Disease is a chronic and progressive disorder, an exercise program should be prescribed early when the individual is first diagnosed, should continue throughout life and should be reviewed and revised as the disease progresses. Exercise prescription should ultimately aim to slow the rate at which the signs of the disease progress, limit comorbidities, minimize complications associated with muscle disuse, and maintain the ability to live an independent life.”2

When we don’t use our muscles, they atrophy. And the brain is no different. Boost the health of brain cells, stimulate the growth of new blood vessels in the brain, and encourage new neuronal connections through exercise.

Start your day with exercise! Because exercise helps us to be fit in so many capacities. Are you a morning exerciser? If so, that’s really great. Because exercising in the morning prepares you for the day by enhancing brain activity. And it also improves information retention, and fine-tunes your ability to react to the situations and stressors that come your way through the day. Exercise is so beneficial. True, it helps our body to be fit. But it also boosts brain fitness and reduces the risk of Parkinson’s Disease.