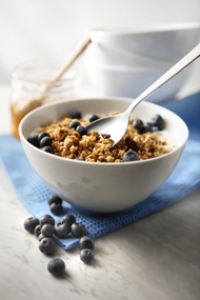 Protein Foods and Our Health

No matter our age, an intake of high-quality protein foods is necessary in adequate amounts to maintain health. Protein intake is necessary for the growth, development, and maintenance of skeletal muscle tissue.

Skeletal muscle helps us to be physically strong. And building muscle over the years also helps to safeguard against the muscle mass decline that results with age. Both physical activity and dietary factors, such as protein intake, influence growth of muscle mass.  And many protein recommendations, like the RDA, are only set to cover basic needs. But higher protein intake might be necessary for optimizing muscle mass.(1)

Consuming a variety of high quality protein foods to ensure a sufficient supply of amino acids for lean mass and an overall healthy diet quality (2). And many have chosen to get their protein from plant-based sources. “Indeed, there has been a shift toward plant-based dietary patterns within dietary guidelines to presumably maximize population health benefits and to support environmental sustainability “(3). Studies have shown that minimizing red meat consumption is favorable to reduce disease the risk of type 2 diabetes, cardiovascular disease, and other conditions. (4,5).

Are plant based diets healthier? Interestingly, when compared with regular meat-eaters, those who eat lower quantities of meat, and non-meat-eaters were younger, had a higher education level, a lower socio-economic status, were less likely to smoke and consume alcohol, had higher levels of physical activity, a a lower BMI (6).

By eating a breakfast high in protein, not only increases satiety and reduces hunger throughout the day, but it reduces the brain signals controlling food motivation and reward-driven eating behavior.

What Do Researchers Say About Eating Breakfast?

Breakfast Skipping Is Linked to Unhealthy Snacking and Weight Gain

The researchers focused on teenagers, who often skip breakfast. Interestingly, breakfast skipping has been strongly associated with unhealthy snacking, overeating (especially at night), weight gain and obesity. For three weeks, the teens either continued to skip breakfast or consumed 500-calorie breakfast meals containing cereal and milk (which contained normal quantities of protein) or higher protein meals prepared as Belgium waffles, syrup and yogurt. At the end of each week, the volunteers completed appetite and satiety questionnaires. Right before lunch, the volunteers completed a brain scan, using fMRI, to identify brain activation responses.

Compared to breakfast skipping, both breakfast meals led to increased fullness and reductions in hunger throughout the morning. fMRI results showed that brain activation in regions controlling food motivation and reward was reduced prior to lunch time when breakfast was consumed in the morning. Additionally, the higher protein breakfast led to even greater changes in appetite, satiety and reward-driven eating behavior compared to the normal protein breakfast. The team concluded, “The addition of breakfast led to alterations in brain activation in regions previously associated with food motivation and reward with additional alterations following the higher-protein breakfast.”(7)

Whether you are a meat eater or not, a healthy eating pattern will include a variety of high-quality protein foods throughout the day. And staying away from processed and sugary foods is also encouraged. Instead, try to stick to fresh, non-processed foods when choosing your protein food sources for a healthier you.

1Burd, Nicholas A., et al. “Dietary protein quantity, quality, and exercise are key to healthy living: a muscle-centric perspective across the lifespan.” Frontiers in nutrition 6 (2019): 83.

6Papier, Keren, et al. “Comparison of major protein-source foods and other food groups in meat-eaters and non-meat-eaters in the EPIC-Oxford cohort.” Nutrients 11.4 (2019): 824.