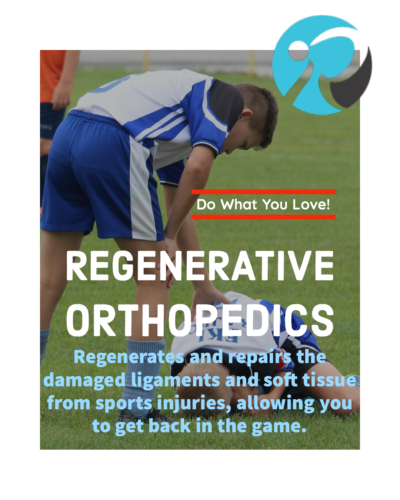 Athletes are the ones who commonly suffer with this painful condition. And Iliotibial Band Syndrome (ITBS)  takes place more frequently in endurance athletes, like runners, cyclists, and in those who repeatedly squat.

The iliotibial band runs along the outside of the thigh, from the pelvis to the shinbone. The band crosses both the hip and the knee and is a structure that helps the knee to bend and straighten smoothly and in a stable fashion.

The injury occurs most often because of overuse, as the band gets irritated from repeatedly crossing over the femoral epicondyle, a bony prominence on the thighbone, every time the knee bends and straightens. So, those with this condition will notice pain at the outside of the knee, especially when their heel strikes the ground while running.

More About the Iliotibial (IT) Band

The iliotibial (IT) band is a dense band of tissue beginning at the iliac crest of the pelvis extending over the hip joint running down the outside part of the thigh, crossing over the outside of the knee and attaching to the shinbone.

The IT band forms from something called the tensor fascia lata and two of the gluteal muscles in the buttock. And then it stretches across the knee. Along with ligaments and other joint structures, the IT band plays a role in providing stability to both the knee and hip.

The band works to help abduct the leg, especially during walking, and it keeps the legs from crossing while walking. The IT band helps stabilize the outside part of the knee through its range of motion. The band moves back and forth when the knee is in motion.

While the knee is bent, the band is located behind the femoral epicondyle near the knee joint. And then the band moves forward across the epicondyle when the knee is straightened. With iliotibial band syndrome, the band becomes irritated, and pain is experienced on the outer aspect of the knee.

What is Behind Iliotibial Band Syndrome?

Although iliotibial band syndrome has generally been recognized as an injury caused by the friction that occurs as the band rubs back and forth over the bony epicondyle, recent studies have challenged this concept. When the knee is bent, the band is also compressed against the thigh bone, as it braces the knee when stress is placed on it.

And in instances when the knee is turned or rotated too much, the band can be injured as well. Therefore, another theory is that the injury occurs when the band is compressed at the epicondyle, causing irritation and inflammation there. Additionally, researchers suggest there is a fat pad full of nerves that are compressed between the iliotibial band and the epicondyle as the IT band is pulled towards the epicondyle.

Although there are different theories of how ITBS develops, most are in agreement that there is a component of irregular compression forces between the iliotibial band and the femoral epicondyle that generates the irritation and inflammation. Most likely, ITBS is the result of a combination of issues, including poor training habits, weakened soft tissue (muscle, ligament, and tendons), mechanical imbalances, and joint instability, especially involving the low back, pelvis, hips, and knees.

The injury occurs to the joint tissue because the joint begins to move in an abnormal fashion, irritating the tissue and altering the joint motion further. And the irritation of the joint tissues in iliotibial band syndrome is both the cause and effect of altered joint mechanics.

Instability Adds to the Problem:

As an added problem, when instability is present, the sufferer will begin to walk in an altered pattern in an attempt to brace the knee. But this change in the walking pattern puts additional stress on the joint and can injure or tear the cartilage. Since the iliotibial band crosses both the hip and knee joints, injury can cause abnormal motion and instability at both the hip and knee. And this puts more and more stress on the iliotibial band.

The increased stress will rotate the kneecap and put increased pressure on the cartilage. If the symptoms are ignored, the irritation and inflammation will continue. And then scarring can develop, which can decrease the knee range of motion and cause pain even with reduced activity.

Anatomic issues can predispose folks to the development of iliotibial band syndrome. Leg-length discrepancies, an abnormally tilted pelvis, or bowed legs can cause the iliotibial band to become excessively tight or loose, which will increase the friction when the band as it crosses back and forth across the epicondyle, and change the stressors on the joint structures due to the abnormal way the anatomic issues cause the joint to move. All all of this will increase irritation, injury, and pain.

Poor training habits can have the same effect on the iliotibial band as the anatomic issues do. For example, runners who tend to always run on the same side of the road may repeatedly have one leg moving slightly downhill compared to the other. Also, always running downhill stresses the band. And cycling with the foot rotated inwards will increase the angle at which the band crosses over the epicondyle. All of these repeated activities can irritate the iliotibial band.

When the IT band and associated muscles are “tight,” a lot of strain is put on the ligaments, making muscle stretching and massage beneficial. The affected ligaments need to be treated as well because all of the involved structures become weakened by the abnormal motion. The joint instability in the hip and the knee needs to be properly diagnosed and treated in order to find the relief and the desired return to function.

Regenerative Orthopedics is an effective and promising treatment option that can offer a non-surgical treatment solution for patients with persistent iliotibial band syndrome. Treatment into and around both the hip joint and the knee may very well be needed.

If the hip is found to be stable upon evaluation, and the knee alone is affected, then the athlete with iliotibial band syndrome will receive Regenerative Orthopedic treatments to the area on the lower leg where the iliotibial band attaches.

Additionally, if there are parts of the band itself that are tender, these areas can be treated as well. Generally, after just a couple of treatments, the athlete is able to start to work out again.

Regenerative Orthopedics offers a successful and much-needed alternative by stimulating the body to repair the supportive ligaments around the joints, heal the iliotibial band, as well as promote cartilage regeneration when necessary. The treatment is safe and effective for athletes suffering from chronic lateral knee pain, such as that experienced in iliotibial band syndrome.