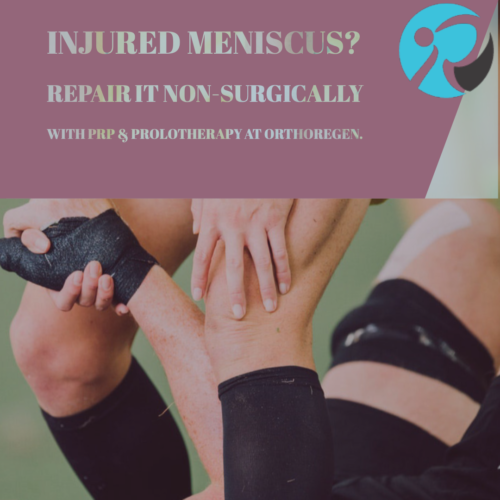 Is Surgery a Good Option for Meniscus Tears?

Meniscal tears are quite common. So much so, that they are one of the most common injuries to the knee. Meniscal injuries are routinely treated with surgery, and many with meniscus injuries end up receiving some form of meniscectomy. Nearly 700,000 arthroscopic partial meniscectomies are performed annually in the US, at an estimated annual cost of $4 billion.

Is surgery of this type an effective way to treat meniscal injuries? Believe it or not, research show that it is not! Several studies question the effectiveness of this procedure. One study found that almost half of patients who received non-operative treatment with nonsteroidal anti-inflammatory drugs improved well enough to avoid surgery. Three other studies compared arthroscopic meniscectomies with sham surgeries. A sham surgery is a faked surgical intervention that omits the step necessary for the surgery to be therapeutic.

What Were the Results of the Research?

They found no significant difference between meniscectomy and sham surgery, and they did not find meniscectomies to be effective. And the most recent study, showed the surgery did not reduce the mechanical symptoms of knee catching and locking.

As you can see, the effectiveness of meniscectomies is questionable.

If Meniscus Surgeries Are Ineffective, Then Why Are They Done?

Patients usually believe the surgery will help their knee to function better and lessen the pain they are experiencing. When the knee locks and catches randomly, people want that to stop, especially since knee locking can be painful. If the person with these symptoms is an athlete, they want to get back to their sport quickly, and they think surgery is going to make that happen.

People generally think that surgery can get them back to work or play sooner than going through physical therapy or other treatment options. But evidence and research does not back this way of thinking. In fact, many patients are worse off after the surgery.

If You Want to Keep Your Knee Intact, Then Keep Your Meniscus!

When part of the knee, like the meniscus, is removed, the knee is unable to function normally. And removing the meniscus makes the knee unstable. The instability leads to the development of more knee problems. The joint instability that arises after removal of the meniscus negatively affects the interplay between the other structures of the knee. That’s because extra stress is placed on them.

When more stress is placed on the cartilage, degeneration is accelerated, boosting the arthritic process. And more stress is also placed on the various ligaments and tendons supporting the knee, eventually damaging them. And this leads to the breakdown of the knee joint and irreversible joint damage.

It has been proven in studies that new onset instability is demonstrated after partial meniscectomy, with significant rates of cartilage loss transpiring after both partial and complete meniscectomy. And also that these procedures lead to degenerative arthritis and ligament injury in the knee. And this information is not new! Adverse effects associated with meniscectomy have been documented in the literature going as far back as 1923.

Given the accumulation of evidence that demonstrates not only the overwhelming lack of efficacy and benefit, but also the risk of serious adverse effects of this widely used procedure for meniscus tears, it is important to consider potential safe and effective alternatives.

Regenerative Orthopedics is a non-surgical solution, used to effectively treat knee injuries such as meniscus tears, as well as other soft tissue injuries like ligaments and tendons., Regenerative Orthopedic treatments work by initiating the inflammatory stage of the healing process, raising the levels of growth factors, and initiating repair. The treatments stimulate new cell growth and rebuild depleted tissue, including the regeneration of cartilage.

In certain cases, Platelet Rich Plasma may be utilized. This involves injection of your own blood components to facilitate the healing of tissue that has degenerated. Platelets are the storehouses of growth factors, and platelet rich plasma is abundant in growth factors, capable of stimulating healing of the injured tissue.

Regenerative Orthopedic treatments can safely and effectively treat meniscus tears without the need for surgery, returning you quickly to the activities and sports you enjoy.